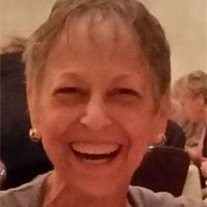 Carla Jane (Zarow) Mazzone 69 of Dunlap, TN passed away peacefully on Thursday September 22, 2016 at Memorial Hospital in Chattanooga, TN surrounded by family and friends, after courageously fighting her final health battle. She was born June 6, 1947 in Louisville, KY, the daughter of the late Albert and Dorothy Broeg Zarow. Carla was a 1965 graduate of Mt. Pulaski Township High School and received an Associate's Degree in Nursing from Lincoln Land Community College and received a Bachelor's Degree in Nursing from the Mennonite College of Nursing in Bloomington, IL. Carla's career in nursing began at Memorial Hospital in Springfield, IL. She later worked at Baptist Memorial Health Care in Memphis, TN, Tennessee Oncology and Sarah Cannon Research Institute in Nashville, TN. Carla had a passion for and was a strong supporter and advocate for Cancer Research. She was a Cancer Research educator as well as a Cancer Research Nurse. Carla also had many artistic talents. She had a passion for painting, mixed media art, and wet felting. She won many awards over the years for her artistic work. She was also an avid reader and found comfort in her spirituality and love of God. This was demonstrated in how she treated others and her belief in truth, respect, honesty and integrity. She is survived by her husband Thomas J. Mazzone; a son Jeffery (Tina) Gleeson, Louisville, KY; a daughter Eryn Lynn (Jeff) Parga, Divernon, IL; a daughter Nicole (Monte) Rodriguez, Tampa, FL; seven grandchildren; Parker, Wesley, Jayse Gleeson, Emily and Austin Gibbs, Jake and Brooke Rodriquez.; a sister Valerie Zimmermann, Springfield, IL; 2 nieces Shelly Zimmermann, Miami, FL and Kim Zimmermann, Chicago, IL; a great niece Abigail Bustamonte a great nephew Nicholas Bustamonte; a sister-in-law Barbara(Joe) Muzzo and several aunts, cousins and friends and especially her FMNR family and Phil and Peggy Chiles. A memorial service will be held at 4:30 PM CST Saturday September 24, 2016 in the Ewton Funeral Home Chapel, 6936 Hwy 28, Dunlap, TN. In lieu of flowers, Memorial contributions may be donated to the Sarah Cannon Research Institute.

The family of Carla Mazzone created this Life Tributes page to make it easy to share your memories.

Send flowers to the Mazzone family.