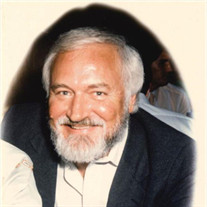 James D. "Jim" Jones, 87, passed away Tuesday, January 4, 2022 at NHC Healthcare Sequatchie. Jim was born February 7, 1934 in Sparta, TN and grew up in the Bon Air community. He graduated from White County High School, Class of 1953. He moved to Dunlap, TN in 1967 to become the Plant Manager of Spartan Industries, better known as the "shirt factory". Over the years, Jim was active in the community serving as past President of the Lions Club, Quarterback Club and Dixie Youth Baseball League. Most recently, he was a 20-year member of the Dunlap Industrial Development Board. Upon retirement, Jim became an accomplished wine maker. He enjoyed learning the craft and was a member of the Tennessee Viticultural and Oenological Society (TVOS) where he won several awards for his wine, including Best of Show in the Amateur Wine Competition. Jim was a longtime fan of Tennessee athletics and a football season ticket holder for over 50 years. One of his favorite stories was the time he met Coach Butch Jones and from that point forward he became "Uncle Jim" to Coach Jones. He was preceded in death by his parents, Daisy Seals Jones and David E. Jones; brothers, Gerald, Donald, Wayne, Billy and Larry Jones. Jim is survived by his wife, Linda Lasater Jones of Dunlap, TN, daughter, Debbie (David) Adams and son, David Jones of Signal Mtn., TN, and sister, Brenda Cantrell of Sparta, TN. Jim is also survived by the mother of his children, Ruth Holloway Jones, Signal Mtn., TN. Jim was an animal lover and had many stray cats and dogs that he fed daily. In lieu of flowers, the family asks that you donate to an animal rescue charity of your choice or donations may be made to the Hoodenpyle Cemetery Association Maintenance Fund, Attention: Gloria Heard at 1800 Ledford Rd., Soddy-Daisy, TN 37379. The family wishes to thank the staff and caregivers at NHC Healthcare and Hospice of Chattanooga for their recent care and support. There will be no visitation at the funeral home and private graveside services will be held. Ewton Funeral Home & Cremation Center in charge of arrangements.

The family of James "Jim" David Jones created this Life Tributes page to make it easy to share your memories.

Send flowers to the Jones family.