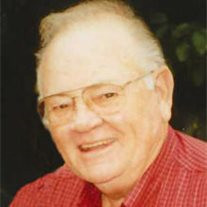 Jerry Carlton Hennessee, a life long resident of Dunlap, TN, passed away at the age of 75 on February 17, 2015. He is survived by his wife of 57 years, Wanda McLain Hennessee of Dunlap; three daughters, Tammy Hennessee Clayton (Freddie), Leslie Hennessee Long (Greg), and Jenny Hennessee Kretzmeier (Keith), all of Dunlap; six grandchildren, Jarred Clayton (Beth Anne) of Brownsville, TN, Hannah Clayton Danley (Joel) of Dunlap, TN, Kaylan Long Stewart (Seth) and Jonathan Long of Henderson, TN, Grant and Grace Kretzmeier of Dunlap, TN; five great grandchildren, Anna Jewel and Grady Clayton and Clayton, Caden and Caroline Danley; sister, Sharon Vantrease and brother-in-law, Jerry of Chattanooga; several nieces and nephews. He was preceded in death by his parents, Alex "Jot" and Marie Smith Hennessee; brother, Johnnie Lee; infant son, James Alex; and infant granddaughter, Talia Marie Clayton. In 1998, Jerry retired from DuPont – Chattanooga after 33 years of service. While at Dupont, he was a model employee and leader. Jerry was a dedicated Christian and very active member of the Dunlap Church of Christ. From the day of his baptism in 1961 and up until his recent sickness, Jerry led singing for worship services up and down the valley. He served as a deacon for many years and then elder of the church. Jerry was a musician and entertainer. He was an exceptional trumpet player in school, and he played with several bands in the valley including playing the bass and serving as emcee for the band, "Just Country". If he wasn't working at the church or playing music, you could find him in the great outdoors. He loved hunting and fishing, but he was content when it was deemed an unsuccessful trip. He was satisfied with the time he got to spend in God's beautiful creation. When his health declined and hunting and fishing were no longer an option, he spent many hours on his back porch singing with his family and playing games with grandchildren and great-grandchildren. He was dearly loved by his family and will be missed. But, because of his guidance and example, we will be with him again someday. Donations can be made to Sequatchie County Cancer Network and Hospice of Chattanooga in memory of Jerry Hennessee.

Jerry Carlton Hennessee, a life long resident of Dunlap, TN, passed away at the age of 75 on February 17, 2015. He is survived by his wife of 57 years, Wanda McLain Hennessee of Dunlap; three daughters, Tammy Hennessee Clayton (Freddie), Leslie... View Obituary & Service Information

The family of Jerry Hennessee created this Life Tributes page to make it easy to share your memories.

Send flowers to the Hennessee family.