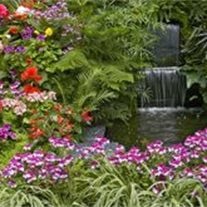 Katherine Hutchinson Cookston, 88, of Dunlap, passed away Friday, April 1, 2016, at her home. Mrs. Cookston was a member of Morganville Church of Christ. She was preceded in death by her husband, John Robert Cookston; parents, Chauncey and Idelle... View Obituary & Service Information

The family of Katherine Cookston created this Life Tributes page to make it easy to share your memories.

Send flowers to the Cookston family.