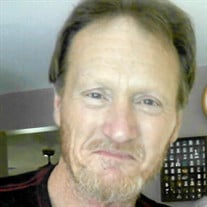 Larry Earl Finch, 64, of Dunlap passed away Saturday June 23, 2018. Mr. Finch served his country in the US Navy from 1973 - 1993. He was preceded in death by his father, Earl Finch; wife, Bobbie Finch; two grandchildren, Lorelei Finch and Breanna... View Obituary & Service Information

The family of Larry Earl Finch created this Life Tributes page to make it easy to share your memories.

Send flowers to the Finch family.