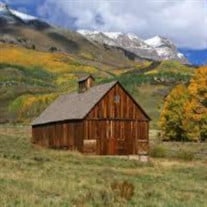 On January 6, 2021 Michael “Mike” Russell McDonough’s life unexpectedly drew to a close on a backcountry road at age 69. This transplanted southerner, or “Damn Yankee,” was born in Plainfield, New Jersey on September 2, 1951. After meeting Janice, at a house party in NJ, the two became inseparable and were married in July 1971, with a flea market wedding ring set. The McDonough’s made Tennessee their permanent home and Mike stayed for the rest of his life. During that time, Mike and Janice were never apart for more than two days in 42 years until Janice’s early death in 2013. Mike then suffered another scarring blow in 2018 with the crushing death of his only son, Jason who died at age 40. Even in those difficult times, Mike found ways to use humor and slicing sarcasm to push through his pain. Hard work and being a good neighbor were very important to him, and Mike was loved and cared for by his neighbors and friends. He loved to stop by the store on Cartwright Loop and share a beer with his friends. The directness of a simple life was enough until Mike could be reunited with those whose loss left a marked emptiness in life. Mike often said that he wanted every minute that he was given on this earth. He never saw an actual end to a movie, but was really great at “watching with his eyes closed.” He loved Grit TV, telling his daughter, Michelle, all about random, extraneous facts that he learned from Jeopardy and that Vanna White had his approval for a stand-in host on Wheel of Fortune. Recently Mike was very excited about politics and even took a stab at reading John Bolton’s book because he just really hated Trump that much. A man who has not read a real book in 40 years was on page 62 when he died. He made lead hammers in the kitchen oven and scorched the front of his house when he caught his motorcycle on fire. Mike, kept his clean socks in a mop bucket, forced his grandson to listen to classic country music, and was so happy with his new fancy air fryer that he would call his daughter just to tell her all about it, since she turned him onto air fryers with that first crispy egg roll. For his grandfathering years, Mike had been adamant that he would be called “Grandpa” when his first grandchild, Shawnee, was born. However, she proclaimed that he was “Poppy” instead and Drew, Ashley, and Lindsey followed Shawnee’s lead in loving their grandfather. Last year, he even took a leap into the twenty-century and allowed his grandchildren to teach him to use a smartphone. Mike is survived by his daughter, Michelle McDonough (Chattanooga, TN), grandchildren, Shawnee Carter (Asheville, NC), Andrew “Drew” Carter, Ashley McDonough, and Lindsey McDonough (all of Chattanooga, TN), his siblings Carol (Jack) Cashin, Neil (Anne) McDonough, Andrew (Nancy) McDonough- all of New Jersey and Joan Hughes of Massachusetts and many nieces and nephews. He was preceded in death by wife Janice and son Jason McDonough, by his parents, Andrew Leo II and Janet Weaver McDonough, grandparents Russell and Evelyn Weaver, Andrew Leo McDonough, and Winifred McDonough. At this time, due to Covid19, a remembrance service will be postponed until an outside celebration can be safely scheduled. In lieu of flowers, donations can be made to Ewton’s Funeral Home and Cremation Center in Michael McDonough’s name. Arrangements by Ewton Funeral Home & Cremation Center

The family of Michael "Mike" Russell McDonough created this Life Tributes page to make it easy to share your memories.

Send flowers to the McDonough family.