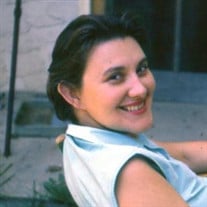 Rebecca Jane Sterchi Parry, age 89 passed away Monday, November 16, 2020. Becky was born in Chattanooga to Robert T. and Georgia Sterchi (McConnell). Her grandfather John Calvin Sterchi founded the Sterchi's furniture store chain with his brothers in 1888. Her father was Chattanooga's postmaster from 1943-1957. Her mother's family came from southwest Virginia and settled in Powell, TN. Becky grew up on Hanover Street in North Chattanooga and graduated from Bright School, GPS and The University of Chattanooga. She married John Fowler Parry in 1953, and their adventures began. They raised four children, were active members of First Presbyterian Church, and spent many happy summers in Longboat Key, FL. Becky volunteered with the Junior League and YWCA until she joined John in the furniture business. Some of their happiest times were spent on the road selling furniture and making new friends. When John died in 2006, Becky began a new chapter working at Interior Care for several years. Everyone there became a second family to her. Becky was preceded in death by her husband, parents and sister Betty Sterchi Worley. She is survived by her children, John F Parry Jr. (Miranda) of Rhinebeck, NY, and Jane Parry Price (Tommy) of Dunlap, TN, Ellen Parry Neufeld (Jeff) of Monroe, GA & Edwin Sterchi Parry (Beth) of Atlanta; grandchildren Halley Parry of Los Angeles, Mark Neufeld of New York, Nathan Neufeld of Denver, & Darcy Neufeld of Charleston, SC; nephew Tom Worley of Dover, DE, niece Nancy Worley of Hillsborough, NC, and far too many relatives and friends to mention. She was beloved by so many and will be deeply missed. Many thanks to the staff at East Ridge Residence and NHC Sequatchie for their compassionate care. Due to Covid-19, no services are planned until next year. Becky will be laid to rest next to her husband John at Forest Hills Cemetery. Ewton Funeral Home & Cremation Center in charge of arrangements.

The family of Rebecca Jane Sterchi Parry created this Life Tributes page to make it easy to share your memories.

Send flowers to the Parry family.