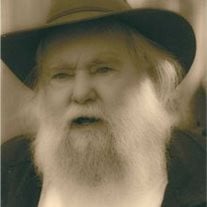 William " Billy" Franklin Wallace Jr, 81, of Dunlap, passed away Thursday, May 21, 2015 at his home. He was a member of the Church of Christ. Mr. Wallace was preceded in death by his parents, William and Inez Wallace Sr.; sons, Jeff and Butch... View Obituary & Service Information

The family of William "Billy" Wallace, Jr. created this Life Tributes page to make it easy to share your memories.

Send flowers to the Wallace, family.